PRS SE 245 Review: A Design You Just Might Recognize 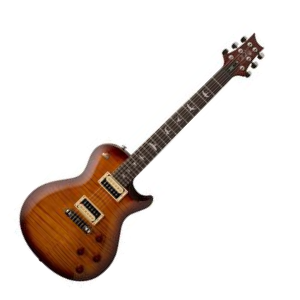 Entry-level models of guitars aren’t what they used to be, especially when you consider the level of quality you get now compared to decades past. The PRS SE 245 may be one of the best examples we’ve seen of a manufacturer’s budget line being as good – if not better – than many of the competition’s flagship models. 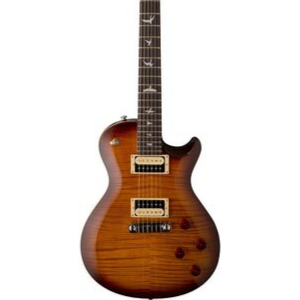 There’s nothing radical about the design of the SE 245’s body, as it is a single-cutaway that appears to be heavily influenced by the traditional Les Paul design. That being said, there’s no doubting the level of craftsmanship that went into its construction. A beveled maple cap on a mahogany base (topped off with a flamed maple veneer) gives a visual appearance that is simply striking, and the proportions make it very comfortable to play, whether you’re sitting or standing.

Mahogany was used for the neck as well, and it features PRS’s wide-fat neck profile that has been a preference for players of all levels along with offering easy access to all 22 frets. The rosewood fingerboard is a departure from SE models of the past, as it uses the elegant PRS bird inlays instead of simple dot or half-moons.

PRS has changed the graphic design of the headstock logo as well, with the Paul Reed Smith signature being much more prevalent, while the SE designation is more understated than it was on past models. 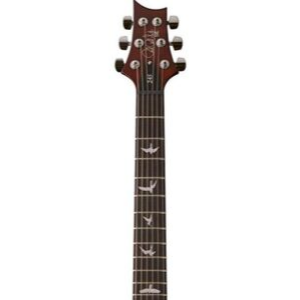 “If it ain’t broke – don’t fix it.” It’s a commonly used phrase that certainly can apply to the hardware features on the SE 245. Two humbuckers (controlled by separate sets of volume and tone controls for each), along with a 3-way pickup selector switch, has been the classic pickup configuration found on countless guitars over the years. There aren’t any fancy push-pull coil tapping or active whose-it what-nots here; the SE 245 has what has been proven to work (and very well, we might add).

Tuning machines on the SE 245 are PRS-branded and feel very tight and precise; that, along with the wraparound bridge, helps to keep your tuning rock-steady and stable. And yes – it comes with a gig bag. Of course, we’d rather see a hardshell case, but some protection is better than none at all.

The tones you can evoke from the SE 245 are certainly in-line with the traditional sounds associated with this type of guitar. The PRS-branded 245 S pickups are individually voiced (treble and bass), and they are mid-output units that are well suited for a variety of purposes. Getting full cleans all the way to something much nastier is something they can pull off without breaking a sweat.

The wide-fat neck that’s a staple of many PRS designs may not be to everyone’s liking, but in our experience, this is a very comfortable design that feels great. Playability and action are silky smooth, and bends can be made with ease while holding a fair amount of sustain.

All of the PRS SE guitars are simply amazing, considering they are intended to be ‘gateway drugs’ to the higher-end PRS models. We’d dare say that the SE 245 is good enough to be considered your main guitar, all at a price point of under $1,000. Our recommendation would be to slide on into your local music store and give one a try — you may be very surprised (and pleased) with all this model has to offer.

For more info about the PRS SE 245, click here.
For more of the best electric guitars under $1,000, click here.