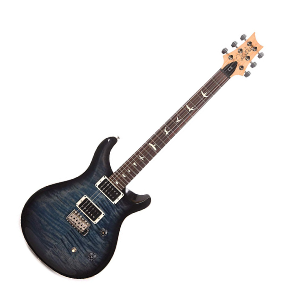 PRS guitars are known to be high-end, both in quality and price. The CE 24 is a more affordable option than the Core-line Custom 24, but it still comes with quite a price tag. Is it one of the best expensive electric guitars money can buy? Find out in our PRS CE 24 review. 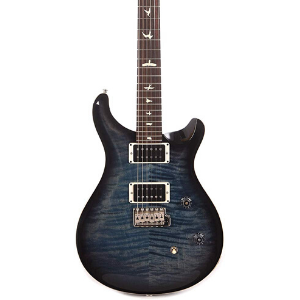 The PRS CE 24 has a maple top and mahogany back. This combination isn't unusual for a PRS guitar, but you can find some subtle cost-saving features (in comparison to the Core-line Custom 24).

There is less rise to the top carve and no carved indents under the controls (easy to live without). It's the first PRS bolt-on to use a slab-sawn three-piece neck, another cost-saving feature.

The thin pattern maple neck has 24 frets and a gorgeous nitrocellulose finish. This kind of neck is easy to get around, smooth to play, and the rosewood fingerboard has the iconic PRS bird inlays (love them or hate them). 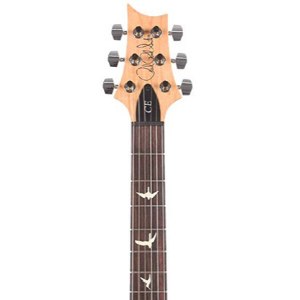 This guitar is USA-designed but Korean-made, and if any cost-saving details put you off, this should cheer you up. It comes with the USA 85/15 bass and treble pickups, just like the Core-line Custom 24.

The bridge is the PRS patented Tremelo, molded bridge – very nice indeed. PRS Low Mass Locking tuners are fitted, and they are as reliable as any when it comes to tuning.

All of the nickel hardware on the PRS CE 24 looks and feels expensive, which is reassuring when spending a lot of money. There is a Gibson-like three-way pickup selector along with master volume and tone knobs. The tone knob has a pull/push switch that will simultaneously coil-split both pickups.

The PRS CE 24 delivers a vintage sounding output, which is nice, clean, and clear. It has a bell-like chime that seems to miss the midrange bump of older PRS pickups.

The mahogany and maple body adds lots of clarity and natural resonance to the overall sound. Meanwhile, the maple neck adds a very subtle upper-range attack and percussion. This kind of attack will be very familiar to Fender players.

The clean and crunch tones from this guitar are truly exceptional. It's perfect for a country or Americana sound, but add some grit, and it will drag plenty of classic rock vibes from the humbucking pickups. It doesn't have a hugely powerful low-end, but it offers something different, somewhere between the typical Gibson and Fender sounds.

PRS markets the CE 24 slightly as an affordable version of the Core-line Custom 24. But make no mistake, this is not a budget guitar in any way imaginable. As we mentioned, there are several areas where PRS has found ways to cut costs, but these aren't things that spoil the performance of the guitar.

Some are purely cosmetic, and if you can live with the fact it's not a USA-built PRS, it's a hell of a guitar.

The slim body and neck make it extremely playable, not to mention it looks fantastic. The woods used in construction add to the tone rather than just the image.

Overall, it's a versatile guitar that offers something a little bit different. It doesn't feel like a lesser version of the Core-line Custom 24; it just feels like a typically well-made PRS guitar.