Head to Head: GuitarTricks vs JamPlay

In today’s Head to Head comparison, it is a clash of two titans in the world of online guitar lessons – GuitarTricks vs JamPlay!

Established in 1998, the ever-popular GuitarTricks has been running for more than 20 years and has accrued more than 11,000 lessons.

In comparison, JamPlay is a little newer, although still a veteran by today’s standards – launching in 2006, with more than 5,500 lessons under its belt.

Both sites have loads to offer and are always pushing for the top spot on online guitar lessons charts, but which is the best? Today we will attempt to settle this once and for all… 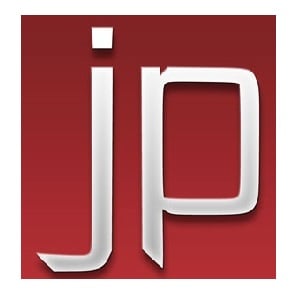 This is a tough category, as both platforms offer clean, easy-to-navigate websites that have been tweaked and refined to near perfection over the years. On the face of it, GuitarTricks feels a little brighter and fresher, although JamPlay has a bit more of an edge.

The lessons for both sites are equally well set up and simple to use. For example, both offer sensible page layouts with all the essentials easily accessible. Both platforms give you song lesson breakdowns in the sidebars, as well as song notes and tabs directly underneath the video player.

You can’t separate them when it comes to the actual videos either as both offer handy features such as slow-motion playback (at varying speeds) and A/B looping, allowing you to repeat a full video or a specific portion continuously. Most videos on GuitarTricks and JamPlay are filmed in HD and use multi-camera angles to make the lessons very easy to follow.

Ultimately, it is very hard to pick a winner in this important category. They are both a little different and declaring one better than the other would be unfair, so this section is a tie.

Let’s start with JamPlay, who offers four distinct phases, allowing you to jump in at wherever you want – Beginners; Genres & Skills; Songs; and Songwriting.

There is plenty for beginners to tackle in Phase 1 and you have the choice of which beginner’s course to take (there are loads). This freedom is nice, although the lack of an established starting point may be a little confusing for some complete beginners.

The rest of the phases, as listed above, offer plenty for experienced guitarists to play with. There are too many courses to list here, but there really is something for everyone, with each one offering plenty of lessons to get stuck into.

GuitarTricks feels more structured with its Core Learning System, although there is certainly some freedom in the way you progress. As with JamPlay, you can jump in at whatever stage you feel is best for you, but the Guitar Fundamentals Level 1 course is the natural starting point for complete beginners.

You can progress to the second level, then branch out into one of three styles (rock, blues or country) and take style-specific courses to advance your skills. So, while there is flexibility, the structure feels very sensible and easy to follow for beginners.

It’s not easy to separate the two platforms in this section either, but for the Core Learning System’s ease of use, it’s GuitarTricks that comes up victorious.

Make no mistakes about it, GuitarTricks features a great roster of instructors, with a total of 33 at the last count. There is a good mix of age, genders and styles, while all are friendly and experienced in their respective specialties. There are some notable tutors too, such as Sharon Aguilar (lead guitarist for Cee Lo Green) and Anders Mouridsen (who has performed with Taylor Swift, Faith Evans and Pink, among others).

However, it is hard to beat the instructors featured on JamPlay. There are nearly 90 of them, so you are literally spoiled for choice. This isn’t a case of quantity over quality either, as some of the instructors are famous musicians.

For example, you have Robb Flynn and Phil Demmel from Machine Head, Nick Catanese (Black Label Society), Shane Gibson (Korn), Mike Mushok (Staind) and Bumblefoot (Guns N’ Roses). This is in addition to some less notable, but equally talented tutors who take the less rock/metal-inclined lessons.

The fact that you can actually learn to play song from the artists who composed them – as well as the sheer choice of instructor – means JamPlay wins this section.

GuitarTricks offers a big catalog of officially-licensed songs to learn, with more than 700 (and more added every week). These songs vary in genre, artist and skill level, although there is something for everybody – from Blink 182 to Beethoven!

JamPlay has less individual songs to learn, although it matches GuitarTricks in genres and artist variety. There definitely feels like an emphasis on rock and metal, which may appeal to some guitarists more than others.

As we have mentioned, JamPlay’s big advantage is that many of the songs on offer are taught by the actual person who created them in the first place. However, for the huge variety, we have to give this one to GuitarTricks.

Again, in this section it is very close to call, with both platforms offering similarly high-quality extras. For example, both provide members with a good community feel, as well as a series of useful tools such as a tuner, a metronome and a chord finder.

JamPlay goes the extra mile with its Artist Series and a wide range of live courses, as well as daily live Q&A sessions with the instructors, meaning there is plenty of opportunity to engage with the tutors.

To compete, GuitarTricks has recently introduced its ‘Full Access’ features, which are either live one-on-one or small group sessions with an instructor, similar to an actual physical lesson. These are excellent additions, although they are subject to additional charges.

Ultimately both have some great features, but – for us – JamPlay just edges it, as the site offers plenty to do in addition to the regular lessons, at no extra cost.

We knew this was going to be tough. Looking back through this comparison there were two wins for GuitarTricks, two for JamPlay, and one tie. Yes, it’s very even!

However, for the overall design, the volume of lessons, the amount of songs and the well-structured courses, GuitarTricks probably just pips JamPlay in our eyes.

Which one you go for will be up to you as a guitarist. If you are a complete beginner and want a sensible way to learn from scratch, GuitarTricks is a great choice. If you never want to get bored and love the freedom of choice, JamPlay is well worth checking out.